The Road to West Virginia is steeped in sweat

Comprising almost the entirety of the Western Hemisphere, North America will feature some of the fiercest competition to ever grace a Spartan course, during the 2018 Spartan North American Championship Series.

Racers will climb, crawl, run, and push themselves to the limit in preparation for the Spartan North American Championship on August 25, 2018, in West Virginia.

Debuting in 2017 as the finale to the US Championship Series, the West Virginia Beast will once again force all racers to confront the unrelenting hills and multitude of punishing obstacles. 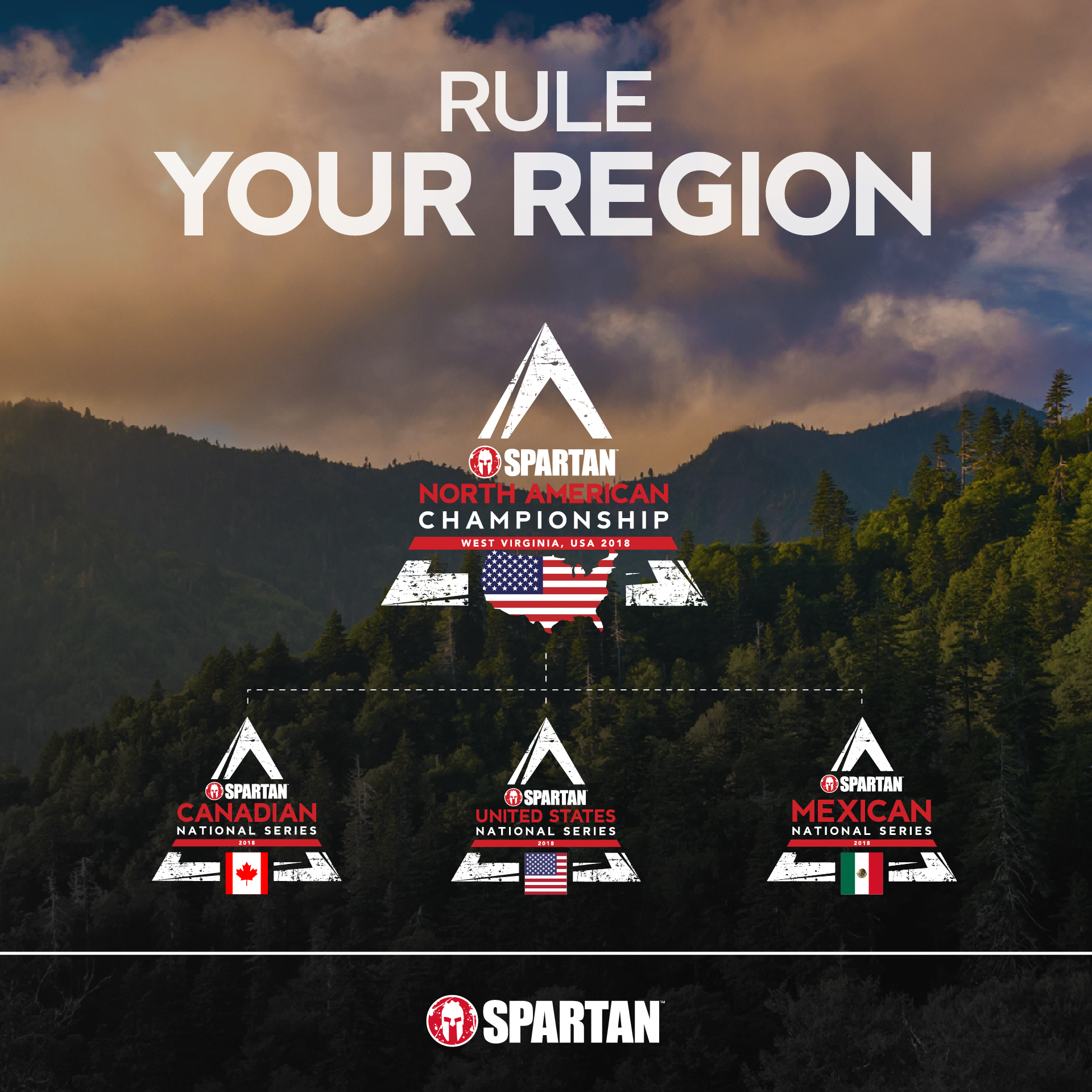 Spread throughout Canada, the United States, and Mexico, three regional series from the sun drenched plains of Mexico, to the northern Rocky Mountains of Canada will push racers to their very limits. #SpartanNA2018